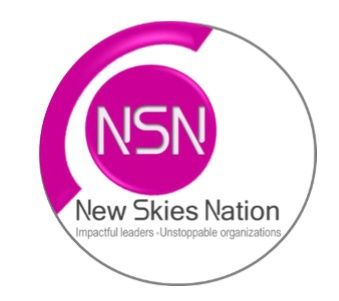 Irresistible Influence: A Master Key to Thriving in an Automated Era

“Leadership is influence,”declared John Maxwell. He’s right, as it should be abundantly clear in today’s influencer-led world.

No leader can be effective without the ability to persuadeothers
to bring their compelling vision to life.

Indeed, at its core, executing a vision depends on the skill to get things done through other people, and great leaders can motivate others to engage around a common goal.

Brilliant ideas and titles are not enough to be successful.It takes convincing others that ideas are worth implementing.

It took Chester Carlson, the inventor of the first photocopy process, which gave birth to a totally new industry and to the Xerox company, more than 20 years to take his concept from patent to production because he was unable to persuade others to rally around his invention.

On the other hand, we are witnessing worldwide phenomenons like the Kardashian family, where after ten years, most people are still wondering what they are bringing to the table. They were not the first reality stars, but they are the only ones with such a tenure and who built such an empire because they are master influencers.

All the failed projects, dysfunctional teams, and stagnant or declining companies are witness to the fact that the power associated with a title is not enough when it comes to ensuring a successful execution.

What matters to be successful is the ability to persuade your teams, partners, customers, and hierarchy to rally for, commit to, and engage around your idea.

In the digital era,where organizations are flatter, the pace of change is faster, and the talent war is intensifying, every leader or individual contributor who wants to be successful must master the skill of persuasion.

The Secret of Persuasion

Yes, persuasion is a skill, and it can be learned and mastered. Some leaders make the mistake of using the same influence strategy all the time, no matter who they need to influence. Others assume that influence is an art, so some must be gifted at it, while others aren’t. Those faulty beliefs cause many executives and professionals to run short of getting consistent support for the “yes” they need move their project forward.

The latest breakthroughs in technology and neuroscience have lifted some mysteries and myths around persuasion and influence.  In his book, Descartes’ Error, renowned neuroscientist Antonio Damasio states: “We are not thinking machines, we are feeling machines that think”.

Each of us builds internal neuropathways in our brain that will activate an immediate response based on some external stimuli combined with our personal experiences, education, and culture. Our brains are built to process most of our responses automatically;otherwise, we could not process the thousands of decisions we need to make every day.

Shockingly, it’s also been proven thatwe arrive at most decisions based on our emotions and feelings.Isn’t that amazing? For centuries, it was believed that facts and logic were the main factors to use to engage a team around a common goal.  Data still matters, but we now know thatwe need to appeal first to someone internal triggers, and the best way to do that is to capitalize on the brain’s natural functions.

Even leaders at the top of their organization struggle with how to really influence others. I would love to hear your stand on influence.

Do you consider yourself an influential leader? How many strategies do you have in your strategic influence toolbox?

What challenges do you face in aligning your team?

As a courtesy for reading this column, you can download a free strategic influence planning tool from our website to help you prepare for your next high-stakes conversation.

This article was originally published in the July 30th 2018 edition of Centro America and Caribe It magazine.

Former tech executive Cindy Montgenie is the CEO of New Skies Nation (www.newskiesnation.com). As a high-performance strategist, keynote speaker and trainer, Cindy helps business leaders to thrive through change, so they can be unstoppable and future-ready without losing their sanity in this disruptive digital era.  You can follow her on LinkedIn, Facebook (@NewSkiesNation) Twitter (@CindyMontgenie) and Instagram (@CindyMontgenie) and contact her at Cindy@newskiesnation.com